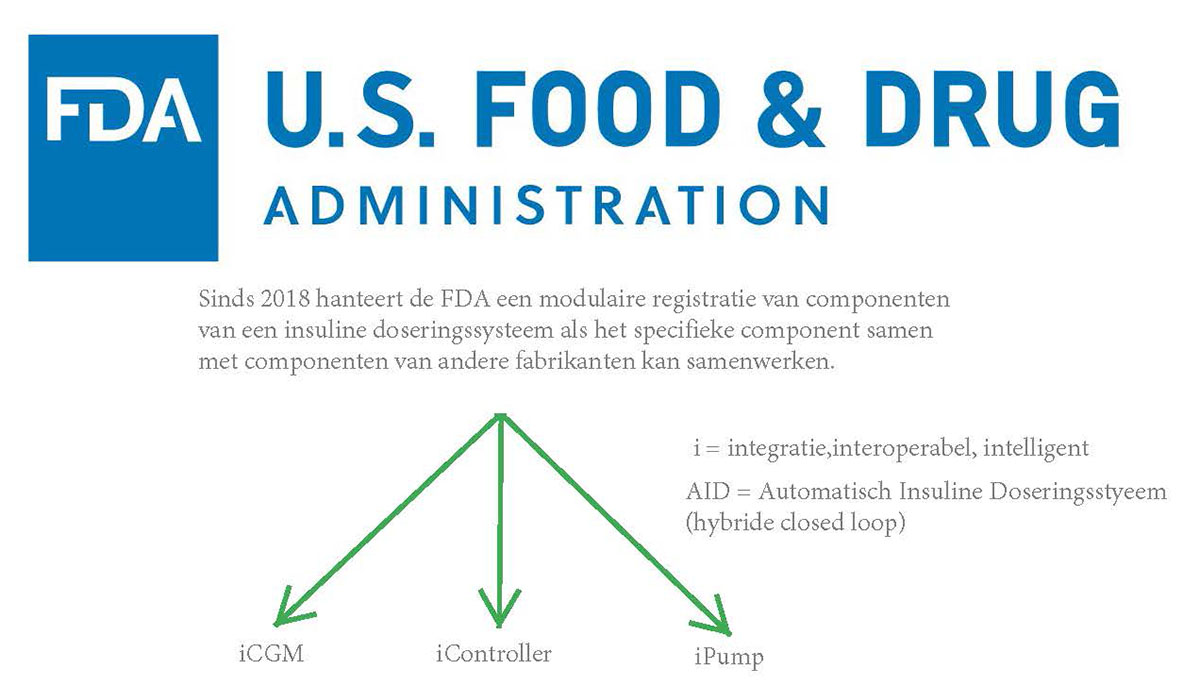 In past years, technology in the use of diabetes devices has boomed. Some people with type 1 diabetes use an insulin pump and a continuous glucose monitor that ‘talk to each other’. This is called a closed loop system.

There are three parts to a closed loop system.
Not all types of continuous glucose monitors and insulin pumps can work together.

A small sensor that sits under your skin. It continuously sends your blood sugar readings to a separate device like a mobile phone or direct to your insulin pump.

A computer programme that reads the blood sugar info and works out how much insulin is needed. The algorithm can be part of an app on a separate device like a mobile phone or may be part of the insulin pump itself.

The pump automatically releases insulin into your body whenever you need it based on your blood sugar readings (except for mealtimes when the pump still needs info about carb amounts in your food). To work as a hybrid closed loop, it needs to be able to communicate with a CGM sensor, sometimes called a looping, sensor augmented, or an integrated pump.

With the current AID systems, you as the user still have to enter a number of actions yourself. such as entering your measure times, for example, which is why these systems are called hybrid closed loop systems. Many manufacturers of insulin pumps have decided to build the algorithm into their pumps. However, the manufacturer of the Dana-I insulin pump thinks differently. They prefer to leave the choice of control system to the user. This makes you more flexible as a user and you can choose the algorithm that suits you best.

The first people to opt for this flexibility were the so-called 'loopers', now better known as DoItYourSelf (DIY) , they use sensors, pumps and software, in all sorts of combinations. The disadvantage is that these combinations and software are not (yet) officially approved according to the strict rules and procedures that apply to medical devices. The fact is, however, that this group of people has caused a tremendous acceleration in the development of systems that do have official approval. Partly because they have proven in practice that their systems lead to better results. In the do-it-yourself section of this website you will find more information.

Meanwhile, there are also a number of approved control systems on the market, examples of which are Cam APS X and Diabeloop and it is likely that several will follow, such as Tidepool which has yet to be approved by the FDA.

When combined with a sensor, the Cam APS FX algorithm can control the Dana-i insulin pump, creating a hybrid closed loop system.

There are no products in this category

Search what you are looking for

Cart
Your Cart is empty